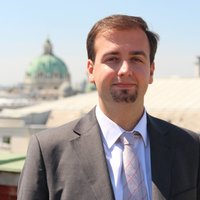 Marco Botta is Research Fellow at the European University Institute, where he has been following the organization of Florence Competition Programme (FCP) and ENTraNCE for Judges since 2011. In addition, he is Affiliated Research Fellow at the Max Planck Institute for Innovation and Competition (MPI) in Munich (Germany) and lectures EU, State aid and competition law at the Law Faculty of the University of Vienna (Austria).

In March 2010, Dr. Botta defended his doctoral thesis in the Law Department of the EUI, which was later published as monograph by Kluwer Law International. In addition, Dr. Botta holds a bachelor’s degree in international and Diplomatic Sciences from the University of Turin (Italy) and LL.M. in European Business Law from the Law Faculty of Leiden University (the Netherlands).

The European University Institute (EUI) cordially invites you to join a series of webinars on the impact of the coronavirus crisis on competition policy and regulation of digital markets in Europe. The online seminars are organised by the EUI END_OF_DOCUMENT_TOKEN_TO_BE_REPLACED
View Calendar
Add
Tweets by FCP_EUI